Down syndrome (DS) accounts for 8% of all congenital anomalies. The incidence of DS increases with maternal age, which shows a general increasing trend in Europe, despite large differences among European regions. The analysis of the data from the JRC-EUROCAT Central registry shows that the total prevalence of DS for 10 000 births has increased from 16 in 1990 to 23 in 2015, with a stable prevalence of DS of 10 for 10 000 live births during the same period.

The prenatal detection increased from 49% in 2005 to about 70% in 2015, but territorial differences between countries and regions exist.1 A highly significant increase in the survival of people with DS has occurred during the last two generations, with an estimated increase of the life expectancy from 12 to nearly 60 years.2 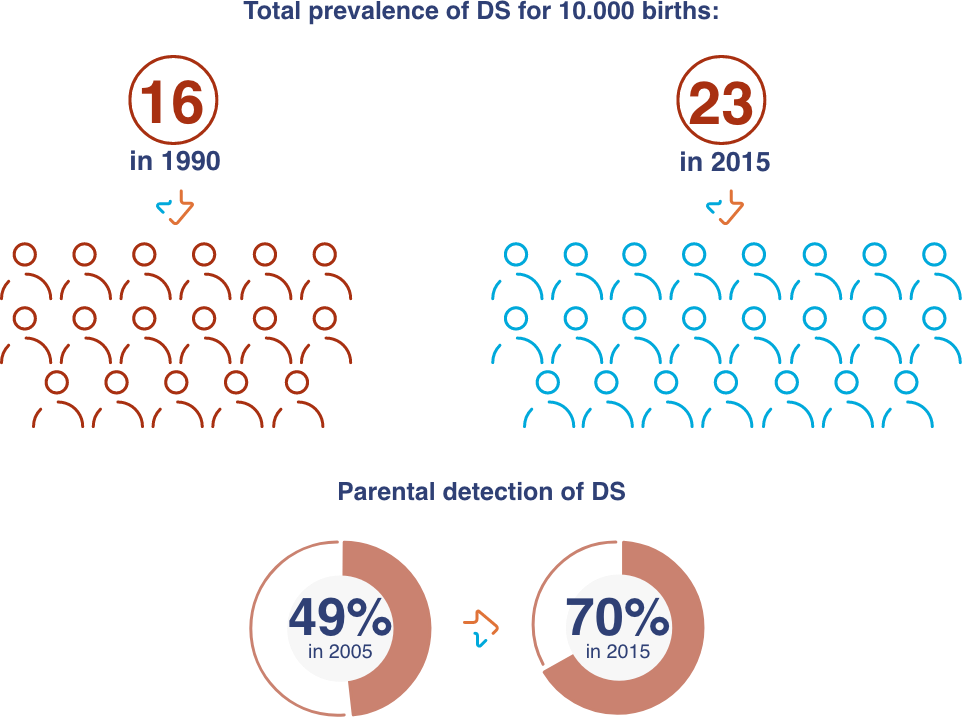 DS causes life-long cognitive impairment which results in important negative consequences for the individuals, their families and society:

Families spend considerable time and effort taking care of their DS offsprings (in 70% of the cases, one parent reduces or stops working) and endure significant out of pocket expenses.3